I received a bit of good news a few days ago. My article Taking Shergar: Horse racing’s most famous cold case, a longform piece published at www.bloodhorse.com in February, has been selected for the“Literary Corner” at this year’s EQUUS Film Festival in New York. Although the name might suggest otherwise, the Festival also recognizes equine authors and artists as well as films and filmmakers. I was pleasantly surprised that a magazine article was included amidst the books that will be featured at the event. I’ll be heading to New York in a few months; if you’re planning on attending the Festival, drop by the Literary Corner for a chat, noon to 6:00pm, November 18-19. Below is a Festival press release with more information: 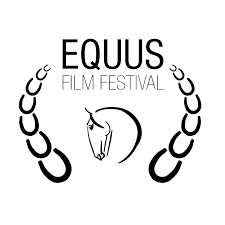 by EQUUS Film Festival | Jul 31, 2016 | Now running in its fourth year, EQUUS Film Festival, which runs November 17-20 in New York City, is truly the only endeavor of its kind to celebrate, and that aims to understand, the attractive magnetism that man has towards horse. For at least six thousand years humans have sought to possess and channel the power of the horse, to revitalize their own energy by connecting with the spirit of the horse; but, it has been at least sixteen thousand years that man has sought to express these metaphysical desires via whatever means possible since the first cave painters of Lascaux. Staying true to destiny, EQUUS Film Festival brings to a steadfastly increasing audience, the arts that continually seek to express the connection between man and horse, and to show and tell the stories that develop on the journey travelled by man and horse as companions in life and history.  This year, along with over 100 films and a variety of artwork, EQUUS Film Festival will continue to spotlight equine authors in the Literary Corner as part of the event. Click here to find more info. The Literary Corner will host more than 40 books of many genres with the horse as the common focal point. Included are children’s fiction, travel and guide, illustration, tribute and photography, historical explorations, activist, and training memoirs. One magazine article of mystery and intrigue has also made it to the Literary Corner this year, namely Milton C Toby’s Taking Shergar: Horse racing’s most famous cold case – KY USA, Adult Equine Magazine Article There was nothing unusual about a small man hurrying toward the public telephone kiosks standing back-to-back outside the Kildare Town station of the An Garda Síochána—the Irish police—nothing to warrant even a second glance in his direction. The man was clad in tweed against the chill of an uncommonly cool May evening, and while he wore no uniform or insignia, he carried himself in the distinct manner of someone who had spent a fair amount of time in the military. The article begins by seducing the reader into a curious moment in the past, like the beginning of a novel with which one instantly wishes to get cozy. On February 8, 2016, the 33rd anniversary of this fascinating mystery, author Milton C.  Toby, in Blood Horse magazine, brings his unique perspective to a crime that occurred in 1983 when the famous Irish thoroughbred stallion, Shergar, was stolen at gunpoint. Toby, draws from over 40 years as a writer and an attorney specializing in legal issues related to the multifaceted horse industry to tell a story that has kept his interest piqued ever since Shergar was stolen.

ABOUT THE EQUUS FILM FESTIVAL

The annual EQUUS Film Festival, founded in 2013 by Lisa Diersen, is the first event of its kind to offer a home to the story tellers of the horse world, with films, documentaries, videos, commercials and shorts from around the world and also cultural elements of fine equestrian art and literature. This year’s EQUUS Film Festival will take place November 17-20 in New York City.

For more about the EQUUS Film Festival films contact